My joys are those of spare autumn birds
that haunt the trees of sunset cities.

My sadness is in the patient eye of the ox,
the vast lament of the ass in night paddocks.

I claw and peck and bristle at competition
like a pink-stalked gull, and my greed

is infinite, though I loathe my brother the pig.
My lust is the lust of the goat who spies

down the bluff to take a sniff at the brine.
Only my thoughts are human, but I look

for alternatives. They bring me too close
to you, old friends; my perspective suffers. 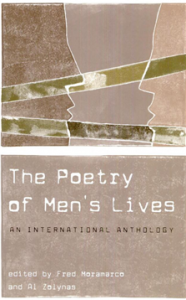 Dimitris Tsaloumas was born on the island of Leros in 1921. He grew up under the Italian occupation and later ran messages for the Greek resistance against the Germans.

In 1952, persecuted for his political beliefs, he left Greece for Australia. After a decade and a half of silence he began publishing his poems again in Greek and then in 1988 published out Falcon Drinking, his first book of poems written in English.

He has published seven volumes of poetry in Australia, and since his retirement from teaching, he divides his time between Melbourne and Leros. Among the many prizes he has received for his writing are the National Book Council Award (1983), Patrick White Award (1994) and an Emeritus Award from Literature Board of the Australia Council for outstanding and lifelong contribution to Australian literature (2002). View all of Tsaloumas Dimitris's posts.