The Ptolemies, like philosopher kings, endowed Alexandria, with the Royal Library and the Mouseion. They also supported gifted men and women bursting with curiosity and ambition to conduct research in the fields assigned to the nine Muses over three hundred years.

Ferdinand Gregorovius (1821–91) the renowned historian of that era documented the importance of the pioneering work undertaken in Alexandria.

“The Royal Library and Mouseion of Alexandria,” he wrote, “diffused a splendor over the civilized world which lasted longer than any other university, whetherParis, Bologna, or Padua. Long after the creative power of Greek genius was exhausted, encyclopedic knowledge and Greek sophistry were to be found in the Mouseion of Alexandria.”

After Cleopatra’s death in 30 BCE, Aegyptus entered the Graeco-Roman period. Alexandria remained the pearl of the Mediterranean but research in the Mouseion declined steadily because the Romans did not support research as much as the Ptolemies. With the spread of Christianity Alexandria witnessed endless tit for tat clashes between the Pagans, Christians, and Jews because the Alexandrians took religion seriously and were more delighted with tumult that any other people.

This is the mileu in which Hypatia’s Feud, a fictional work, unfolds.

Theon the last Librarian of the Royal Alexandrian Library tutors his daughter Hypatia in astronomy, mathematics and philosophy. Her eloquence, modesty, and beauty, combined with her remarkable intellectual gifts, attract a large number of pupils and by 400CE she leads the Alexandrian group of philosophers and the Hipparchus group of astronomers.

Hypatia researches the heavens and explores the everlasting questions of our existence when the Church preaches there is no need to probe into the nature of things. She imparts new knowledge to the world when the churchmen counsel women to seek knowledge from their husbands.

She tutors Jews, Christians and Pagans while men of different religions wage wars.

Her brilliant career as researcher, teacher and humanist convince every conservative in the Empire that women are not only intellectually equal to men but can also lead philosophers and astronomers.

Her feud with the Church reaches a climax during a debate with the Patriarch of Alexandria who believes the half a million pagan scrolls of the Royal Alexandrian Library prevent the populace from accepting Christianity.

“If we torch the pagan scrolls of the Library,” the Patriarch proclaims during the debate, “we would uproot the weeds of confusion in God’s New Jerusalem.”

“In the Elysian Fields,” Hypatia retorts, “myriad flowers bloom and Truth, like the flowers is registered in the scrolls of the Library. If the half a million nonChristian scrolls are torched mankind, without a memory, would descend into darkness.”

Hypatia’s feud at the dawn of the fifth century CE is our feud too because her foes under different names are ever present.

You will find this book at Amazon by following this link 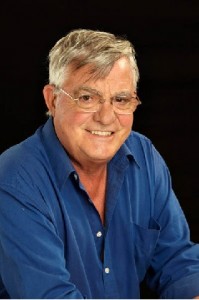 Nicholas turned to literary fiction after a distinguished career in Radio-astronomy culminating in the discovery of five interstellar molecules and the authoring of two University textbooks.

In his first novel, Hollywood Amarroo, he chronicled the lives of two young lovers who ignored the prejudices of the sixties to defend an Aboriginal mother accused of manslaughter.

Nicholas spent many summers in Alexandria where Hypatia’s aura touched him. In troubled times we can always draw the strength to continue our struggle for a better world by re-visiting Hypatia’s life. She was after all the quintessential philosopher-hero who lived and died as a humanist in a world possessed by religious fervor.

I have a science background MSc , PhD and I'm currently writing a novel based on the Life and Times of Hypatia

For further information look at my Internet website and blog: