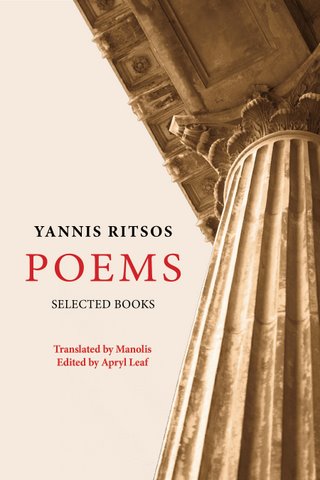 http://anitaanand.net/wp-cron.php?doing_wp_cron=1597397463.6931970119476318359375 A careful hand is needed to translate the poems of Yannis Ritsos, and Manolis is the ideal poet to undertake such an enormous task. Born in Crete, Manolis’s youth was intermingled with the poetry of Ritsos. Once a young man moved by the Theodorakis version of Epitaphios, he’s now a successful poet in his own right who is still moved to tears hearing the refrains of those notes from half a century ago. His Greek heritage, with its knowledge of the terrain, people, history and cultural themes, makes his translation all the more true to what Ritsos intended. Having visited the very places of which Ritsos wrote, he knows how the light and sea shift, and how Ritsos imagined those changes as being a temperament and personality of the Greece itself.

How To Buy Valium In Australia The parallels in their lives are uncanny: when Ritsos was imprisoned, Manolis’ father also was imprisoned on false charges.  Both men dealt with the forces of dictators and censorship, and experienced the cruel and unreasoning forces of those times.  In fact, they even lived for a time in the same neighborhood.  In his foreword to http://sandshade.com/sitemap.website.xml Poems, Manolis relates that he viewed him as a comrade, one whose “work resonated with our intense passion for our motherland and also in our veracity and strong-willed quest to find justice for all Greeks.”

In Buy Cheap Generic Valium Online Poems, Manolis chose to honor Ritsos first by not just picking and choosing a few titles to translate, although that might have been far easier. Instead, he undertook the complex task of translating fifteen entire books of Ritsos work-an endeavor that took years of meticulous research and patience. It should be noted that along with the translation, edited by Apryl Leaf, that he also includes a significant Introduction that gives a reader unfamiliar with Ritsos an excellent background on the poet from his own perspective.

Buy Valium Pills Online Dated according to when Ritsos composed them, it’s fascinating to see how some days were especially productive for him.  These small details are helpful in understanding the context and meaning.  For example, in Notes on the Margins of Time, written from 1938-1941, Ritsos explores the forces of war that are trickling into even the smallest villages.  Without direct commentary, he alludes to trains, blood, and the sea that takes soldiers away, seldom to return.  Playing an active role in these violent times, the moon observes all, and even appears as a thief ready to steal life from whom it is still new. From “In the Barracks”:

The moon entered the barracks
It rummaged in the soldiers’ blankets
Touched an undressed arm  Sleep
Someone talks in his sleep   Someone snores
A shadow gesture on the long wall
The last trolley bus went by  Quietness
Can all these be dead tomorrow?
Can they be dead from right now?
A soldier wakes up
He looks around with glassy eyes
A thread of blood hangs from the moon’s lips

Buy Diazepam Australia In Romiosini, the postwar years are a focus (1945-1947), and they have not been kind.  The seven parts to this piece each reflect a soldier’s journey home.

Buy Valium Next Day Delivery The return to his country is marked by bullet-ridden walls, burnt-out homes, decay, and the predominantly female populace, one that still hears the bombs falling and the screams of the dead as they dully gaze about, looking for fathers, husbands, and sons.  The traveler’s journey is marked by introspection and grim memories reflected on to the surfaces of places and things he thought he knew.

http://blogs.keshokenya.org/2008/12/ “And now is the time when the moon kisses him sorrowfully
Close to his ear
The seaweed the flowerpot the stool and the stone ladder
Say good evening to him
And the mountains the seas and cities and the sky
Say good evening to him
And then finally shaking the ash off his cigarette
Over the iron railing
He may cry because of his assurance
He may cry because of the assurance of the trees and
The stars and his brothers”

http://anitaanand.net/wp-json/oembed/1.0/embed?url=https://anitaanand.net/contact-stuff/ An entirely different feeling is found in Parentheses, composed 1946-1947.  In it, healing is observed and a generosity of spirit exerts itself among those whose hearts had been previously crushed.  In “Understanding”:

the surface, it may appear simple, a return to familiarity that may have been difficulty in times of war.  Yet on another level, he appears to be referring to the unity among the Greek people-the  ‘practical arithmetic’ that kept them united though their political state was volatile.  Essentially timeless, his counsel goes far beyond nationalism.

http://augustinecamino.co.uk/wp-cron.php?doing_wp_cron=1597293467.9855420589447021484375 Moonlight Sonata, written in 1956, is an impossibly romantic and poignant lyric poem that feels more like a short story.  In it, a middle-aged woman talks to a young man in her rustic home.  As he prepares to leave, she asks to walk with him a bit in the moonlight.  “The moon is good –it doesn’t show my gray hair.  The moon will turn my hair gold again.  You won’t see the difference.  Let me come with you”

Her refrain is repeated over and over as they walk, with him silent and her practically begging him to take her away from the house and its memories:

The poem reveals her memories as well as his awkward silence, yet at the end of their journey, she doesn’t leave.  Ritsos leaves the ending open:  was it a dream?  If not, why did she not go?  What hold did the house have over her?  Was it just the moonlight or a song on the radio that emboldened her?

In 1971, Ritsos wrote The Caretaker’s Desk in Athens, where he was under surveillance but essentially free.  At this time he seems to be translating himself-that of how he was processing his own personal history.  Already acclaimed for his work, perhaps he was uncertain of his own identity.

If he is indeed discussing his identity, it’s with incredible honesty as to both his public persona and his private character.  After all, he’d been nominated for the Nobel Prize for Literature in 1968 (and eight more times) and he was likely weighing, in his later years, all that he’d endured.

The beauty of this particular translation is that, while subjects and emotions change over time, they still feel united by the underlying character of Ritsos.  Some translators leave their own imprint or influence, yet this feels free of such adjustment.  It’s as if Ritsos’ voice itself has been translated, with the pauses, humor, and pace that identify the subtle characteristics of an individual.

One thought on “Yannis Ritsos Poems”