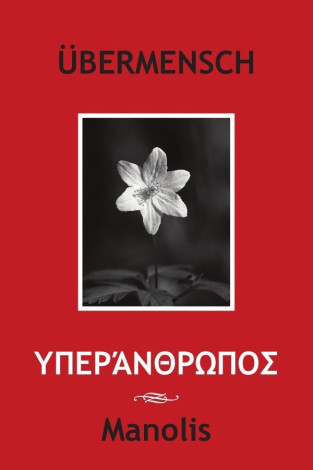 Valium Bula Anvisa Ubermensch, by Manolis Aligizakis is the most difficult and most philosophical poetry book I have come across. And rightfully so since it is identified with Nietzsche’s “Ubermensch” so much in the plot as much in the concepts. The poet “toys” with the various conventions as he firstly relates Ubermensch to true dimension given to him by the German philosopher and secondly to the misinterpretation given to the concept by the German ‘national-socialists’ with the horrible results that followed and affected the whole world.

http://weiroch.co.uk/wp-cron.php?doing_wp_cron=1597303507.5163021087646484375000 Before we describe Manolis Algizakis’ Ubermensch, let us quickly look at what Nietzsche anticipated from his treatise. In simple words Nietzsche posited man opposite his abilities and responsibilities which should he had used wisely, he could overcome every obstacle. With the right use of his logic and his instinct as his primal levers man can live in a free and just society where everyone is master of himself. Nietzsche, of course, never described the moral dimension of Ubermensch, as the author claimed, as he appeared to fill the void created by the lack of authority and the Death of God. Ubermensch therefore is a redeemer, defender of morality but at the same time uncontrollable, as far as it concerns his ulterior plans for the world that remain vague…

Buy Valium Next Day Delivery This book published in both Greek and English consists of three parts and the style of writing is closer to prose than poetry. In the first part “Red Dawn”, man being free from all religious obligations decides to walk the earth based on his strength and wants to get rid of his ties to the system. In a collapsing society and in a family that loses its primal meaning a person needs to accept human futility and if successful man will then recognize the importance of simple things such as nature and the innocent moments of childhood, the weight hidden in a word, in a compliment, in a gesture worthy of praise. The defenseless, before death, man waits languidly for his “resurrection”, without any effort to rid of his narcissism and irresponsibility. Thus, away from his God and his beliefs, man was led to his oblivion. But with ignorance as his point from where he commences his charge he can achieve greatness and he can excel.

http://augustinecamino.co.uk/wp-cron.php?doing_wp_cron=1597275838.4182019233703613281250 How then can man change to the better? With self-knowledge, with paying attention to the importance of everyday events, with the right reflection of the positive and negative parameters that influence his life. At this point the appearance of Ubermensch among the people is announced who with the people’s devotion, again he sprang out of their self-consciousness. By trying to prove to him that they’re knowledgeable and can endure hardship they succumb to his preaching. And Ubermensch—the tyrant (as the poet calls him) opportunist as he is started to fully control their fearful consciousness. Smart, demagogue, witted he was the only one who could sense the human mistakes and him alone could subjugate them. Never punishing and never asking for something in return, known to forgive, he preached morality and balance. The first part closes with the people’s declaration of obedience, event that satisfied him to the fullest…

Ordering Valium Online Australia In the second part, “Fiery Highnoon”, Ubermensch begins the true preaching of his ideology. In fact he starts to reveal his true self. The poet presents before the eyes of Ubernmensch and his followers a series of men letting Ubermensch unfold his philosophy to the world. Among these men are: a beggar, an old miser, a jester, a decadent king…

http://bassenthwaite-reflections.co.uk/tag/wrong-carrier Ubermensch, familiar with the human passion preaches his beliefs and presents his preferences. He likes for example those who live with no goals, meaninglessly, who disdain everything, who don’t sacrifice themselves for anything, those who with their acts bring him closer to his dominance, the ones who amass money and land which he’ll at some future day take from them, the ones who pretend they are not afraid, those who chase an unaccomplished morality, those who forever carry their wounds deep inside them, those who use the power of God to solve their problems, those who because of their deeds and decisions are led to their destruction. And all these, whom “he likes” hover over the heads of his followers, his followers who without religion stand opposite the chaos they brought unto the world; those who foolishly and without reservation accepted him into their houses; those dreamers, the self- absorbed, the loners and the arrogant. Those who forgot where they came from and they fell innocently in the pangs of the new leader. However their wholehearted joy for him, who would change the world, soon disappeared when they sensed that everything around them was ruined and again the lie was dominant. Finally they understood that again they were the ones who fought against themselves while contributing to the creation of their own hell thus empowering Ubermensch.

http://bankholidays-2019.co.uk/wp/wp-admin/ In the third part of the book, “Conflagrated Dusk”, an evaluation of what transpired in the people’s lives while they lived along the Ubermensch takes place. Men had decided to hate everybody and become the bridge upon which Ubermensch would pass in order to achieve his goals. They were left naked and they witnessed the masses to be overtaken by greediness and dissolution. They again came across a world that didn’t like to change and only kept on following false leaders who promised hollow rewards.

http://blogs.keshokenya.org/administrator/index.php The last journey with Ubermensch takes place before certain men who are chosen because of their attributes: an Eparch, an undertaker, a teacher, a painter, a general, a poet, a potter and a dancer. Each of them is to a certain extend an Ubermensch, because of what they create in their fields and because of their abilities while others are incapable of becoming Ubermenschen because of the weaknesses.

http://blogs.keshokenya.org/2013/07/ The poet, Manolis Aligizakis, tests human endurances and bounds. He underscores concepts that leave the reader with questions and why not, with an awakening. Everyone can be an Ubermensch in his field as long as he can rely on his own strengths and skills. Even the supporters of Manolis Aligizakis’ Ubermensch, at the end, rejuvenated by what they lived through experience, they decided to wake up and never to become again victims of the system. The poet underlines that the distance between the opposite polarities is very small: between a truth and a lie, between a belief and atheism, trust and suspicion, life and death. “Everything” is we as long as we understand our true self and we live in relation to that. Therefore every one of us can be an Ubermensch when we fight with all our strength for something higher and at the same so does the one who acquires (quite unjustly) power from the weakness of others and leads the rest in the wrong path (for example the German social-nationalism).

Buy Valium 5Mg Online Uk In conclusion I would like to underscore that from the moment I received and opened this book I understood I was before a truly great accomplishment. And for this I owe a big “thank you” to Manolis Aligizakis, the poet, for his trust in me. Manolis Aligizakis, a Greek—Canadian citizen, proves that Greek literature outside Greece is of the highest quality.

http://anitaanand.net/blog/.env Example of Manolis’ writing is the following poem:

http://blog.leedsforlearning.co.uk/2020/03/25/ We the princes and we the beggars
the bigots and the altruists

http://augustinecamino.co.uk//wp-content/class.php We the sheep and we the lions
the socialites and the hermits