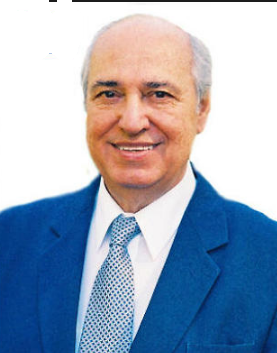 The Diachronic Contribution of Greek to Other Languages is the new volume compiled and edited by Dr George Kanarakis and published a few months ago in Athens by Papazissis Publications. Dr Kanarakis, Professor of the School of Humanities and Social Sciences at Charles Sturt University, is a well-known linguist and hellenist.

This volume, which is based on original research and consists of 775 pages, is not intended only for linguists and historians of the Greek language but, in general, for all those who are interested in the Greek language and its global presence, as well as to all those educators who teach second and foreign languages.

As evidenced by its title, this work deals with the essential but also complex subject of the multi-level impact of Greek. From antiquity until today, Greek has influenced the developmental course of other languages of the world. After all, as it is acknowledged, Greek is one of the most significant cultural languages in the world and it has, in the course of time, enriched linguistically and culturally, first the languages of Europe, and through them many others of the rest of the world.

The pioneering advantages of this new volume are the following:

According to the distinguished Professor of Linguistics of the National and Kapodistrian University of Athens Dr. Christophoros Haralambakis, “It must be emphasized that this work constitutes a valuable addition to the international Greek bibliography. With measured scholarly expression and serious documentation, and without overstatements, the often misconstrued subject of the diachronic contribution of Greek to other languages is presented in an easily comprehensible manner to Greek and non-Greek scholars”.

Similarly, the noted linguist and former Director of the Research Centre of Neohellenic Dialects and Idioms of the Academy of Athens Dr. Nicholas Contossopoulos states emphatically: “This work is something which was missing. It is pioneering on an international scale… covering the relevant gap in the bibliography of a language with the internationally recognised gravity of its contribution. This volume of Professor Kanarakis and his Greek and non-Greek colleagues is a singular achievement – at least for the time being”.

Conclusively, this work guides the reader to a Greek linguistic journey throughout the world.

This book was launched in Melbourne on 19th April 2015 by Mr Kyriakos Amanatidis, at the premises of the Panarcadian Association of Melbourne.

The commentary about this book in Greek can be found here.