You Reap what you Sow

Tzoras jots down the date of the primary school students’ last excursion this year. A week before his son’s University entrance exams. He couldn’t possibly be absent from this critical moment in his son’s life.

He unlocks the top desk drawer and takes out a deck of cards with famous actresses on he’d bought on an educational trip to Thessaloniki. He counts them. Fifty one. One’s missing. Fingers move deep into the drawer, through grade books and the register, under the desk pad. Nowhere.

‘Mum! Look! A spider! Kill it!’ Belly still working on my web, I goggle down at the small boy’s pink finger pointing at me like a huge, wriggling worm. Oh, no, I think. I’ ve been spinning this web in a corner of the kitchen ceiling for ages and this little bugger here wants to wipe it out in a flash and, worse, do me in. Why do humans loathe us so much? We never do any harm.

You know what struck me the most when I saw you lying flat on the hospital bed? I realized I’d never seen you without your impeccable false teeth. You looked older, defenseless, robbed from authority. A catatonic man with cheeks sunken along the gums that framed a wide dark cave of a mouth, a forehead jutting out of the white pillow, wet wisps of hair drowning underneath.

The park is situated on the highest point of the town overlooking the Corinthian Gulf. A multicoloured bed of roses lines one perimeter and tall conifers and fir trees are scattered over the grass. Asphalt paths, edged with wooden benches, lead to the ornamental iron gates located on each side of its four perimeters. A small bridge stretches across a lake hidden by pampas grass and shrubs. The townsfolk, who live in the surrounding high rise apartments, gather in the park to walk, talk and relax. The boys find an empty bench and Artan twists off the caps of two bottles of beer and offers one to Bekim. They take long gulps and wipe their mouths with the sleeves of their work clothes. 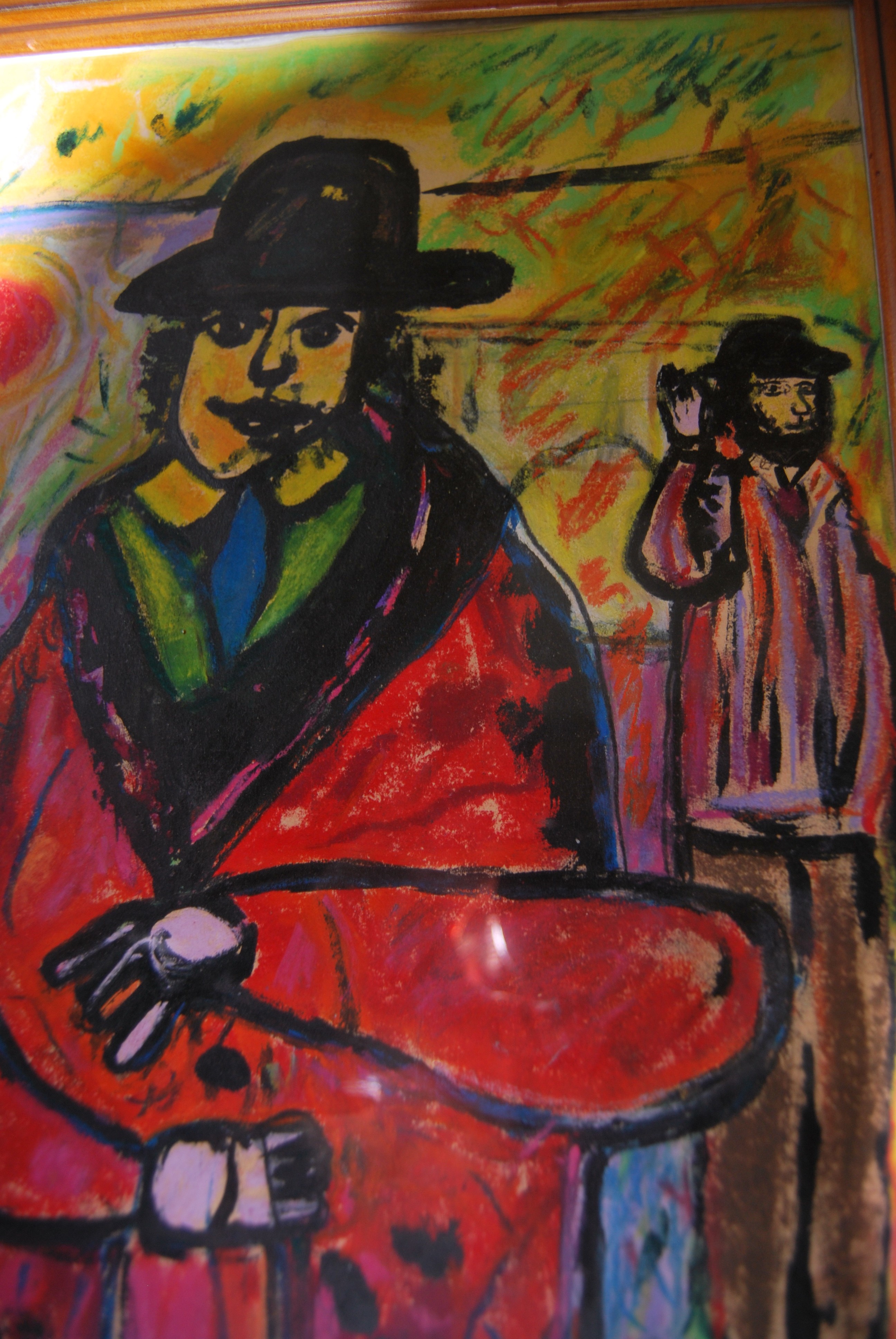 This fictional story was inspired by Michael Morgan’s painting “Bonjour!” Alain Durand missed his native France.  Overcome with nostalgia, he walked along the path in the gardens which were an oasis in the city.  Wistfully, he watched the people passing by and cherished the hope that he might chance to […]

By Michael Morgan   Common speech, (if you can call speech common) whatever that may mean, often uses the name of a creature or an animal to describe a human quality, and generally as a class they are warm, active, sensitive, and have redeeming features –  but not always.  How […]

The more I think of man, the more I love the cows.   Our Singapore Airlines flight followed the kangaroo route. In Rome, we headed to the Umberto Hotel and rushed to bed after a shower. Being in Helen’s arms for twenty hours, I couldn’t last any longer. I […]